Apple is ruling the industry and iPhone App Development is pulling the masses to develop top quality mobile apps for different verticals. According to Statista, there are around 2.2 millions apps available on apple’s app store. The rising popularity of iOS apps is due to rapid growth of app development companies, increased number of freelance app developers, advancements of newer technologies and last but not the least, Apple has been among the top 5 smartphone vendors in the world since 2009.

From iPhone to iPad to Apple Watch – we at BrainMobi are expert in building iOS apps. Designing top quality iPhone applications, elegant UI designs, extraordinary UX, can only be possible with the help of an innovative and creative lab that is required by top iOS app developers. Our development team is experienced in every existing and emerging technologies and platform, be it C, Objective-C or Swift, we have the best iOS app developers. 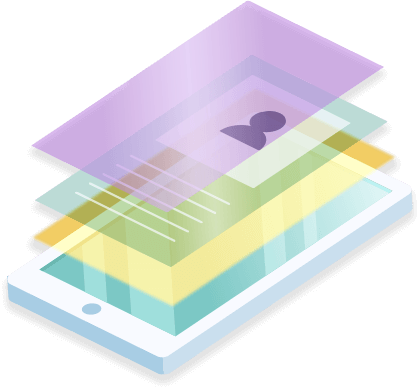 One of the major risk and concern of business these days is data security. Enterprises always look for more secure and reliable platform when taking their business to mobile and Apple is the most secure platform in terms of development. It provides users a strong shield of security against viruses and malwares making it the perfect choice for app development.

Apple is known for offering the best user experience in the world to its mobile users. The strict guidelines of appstore is one another way that pushes app developers to build high-quality iPhone applications. This is the reason why most of the business prefer to outsource iOS app development.

Apple has been the first choice for top business entrepreneurs and tech-savvy audience. For a business, attracting premium customers is very much important to accelerate its sales. Therefore developing an iPhone app first helps business to achieve better ROI, as iOS users always willing to pay more.

Get personalized services with us